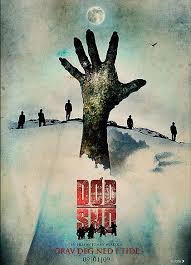 I’ve wrote previously about the manner in which a film can be so bad, it becomes brilliant again. These are films which take such joyous pleasure in playing up to every cliché, every ridiculous plot idea and every piece of wooden dialogue that the audience end up enjoying the film in spite of the reality that the film is a perfect example of how not to make a great piece of cinema. Sometimes the film isn’t badly produced or inherently awful but were doomed to fall into this category because of the concept, the direction or the acting.

Their brilliance is just as subjective as with any truly great film; some people will be put off by the poor standard while others will find themselves engaging with it despite their better judgement. Everyone I imagine can think of at least one film that falls into this category for them, a film they know they should despise for all it does wrong yet love despite it.

I decided that ‘brilliantly awful films’ are a genre unto themselves and so deserved a blog post just like more traditional genres such as action or comedy. Interestingly while considering different options for this dubious crown I realised that the ‘horror’ genre has produced more of this kind of film than any other; something about the genre allows it to remain entertaining even when done incredibly badly. There were a few contenders which came close to my favourite, ‘Black Christmas’ which I reviewed last week, ‘Splinter’ and ‘Starship Troopers’ all sprang to mind, but even that particular piece of Verhoeven directed cinema doesn’t come close to the film that is my all time favourite bad film.

‘Dead Snow’ is a Norwegian horror film and is in my opinion pure brilliance. It starts with 8 medical students setting out to a isolated log cabin in the mountains with plans of skiing and getting drunk, not necessarily in that order. It’s established that there’s no easy transport in or out of the area, limited or no phone signal, one of the party is missing and, thanks to one of the most unwelcome of late night visits by an exceedingly creepy hiker, that the area has a dark history thanks to horrific events that took place during WW2. Fairly standard horror film set up then, and for the first 20 or so minutes the film plays like any fairly poor offering from the genre normally does; the protagonists are stereotypes that speak in clichés, get drunk and in one couple’s case have a particularly brave example of al fresco sex considering the sub-zero temperatures. They’re a long way from help and, despite their lofty intended careers, no brighter than the average horror fodder.

It’s the discovery of a secret horde of gold under the floorboards of the cabin, according to the hiker’s warning the night before, hidden by the Nazi’s while fleeing the retribution of the locals. There’s some stuff involving the pocketing of a couple of coins and an almost inevitable curse on the said treasure and almost before you know it the peril is ramped up and we get our first real glimpses of the big bad. With that unveiling the film goes from a painfully average effort to a piece of insane genius. 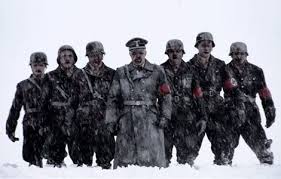 The students are under attack from zombie Nazi’s. Nazi’s. That are Zombies. It’s a premise which is gleefully followed through as the students attempt to fight back and escape from their undead clutches. I won’t write much more about how the rest of the film unfolds, not wanting to spoil what is one of the most entertainingly violent and idiotic films I’ve seen in years.

The song today is off the debut album of an artist one of my best friends brought to my attention and i'm definitely impressed after a couple of listens.