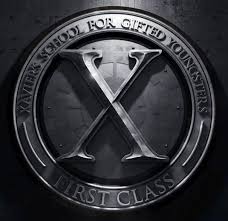 Cinema is loved for the escapism it offers and today it offered a physical form of escape as well as the emotional and imaginative one all good films should provide; the air conditioned screen was almost heavenly after a journey across the city in the sticky and humid heat.

It also helped that the film I was seeing turned out to be good, really good in fact, and a lot better than I was really expecting. I went to see ‘X-Men: First Class’ with the same amount of enthusiasm and expectation I go to see any super-hero movie with; I expect to be reasonably entertained but left feeling a little empty, with only the Nolan directed Batman movies bucking that particular trend.

Now ‘First Class’ never quite reaches the heights of ‘Batman Begins’ or ‘The Dark Knight’ for two main reasons.

Firstly it is limited by its source material; the Batman films are about one man’s efforts to clean up one city, giving the stories focus and appropriate scale, but the X-Men comics are over-flowing with characters with diverse and fantastical abilities and plots that take them all over America and the world. This has the effect of meaning that any film, no matter how well done, is going to struggle to avoid the pitfall of it being a film of powers attached to random people rather than a film full of characters who happen to have powers. In the first 3 X-Men films, and the ‘Wolverine’ focussed Origins movie, characterisation for anyone outside of two or three key characters is minimal at best, leaving their heroics or betrayals to go barely noticed; we’re aware it was probably important but we don’t understand why they did what they did or who it will matter to. ‘First Class’ actually does a better job of developing some of the minor characters than any of the previous films, with a number of the supporting mutants, including Mystique and The Beast getting back story sections that explain a lot in the earlier films.

It is an origins movie and does, to a fan who has never read the comics but loves the concept, a pretty great job of setting up who everyone is and why they do the things they do, incidentally a much better job than the film with ‘origins’ in the title managed.

However at its core, ‘X-Men: First Class’ is a film that is telling the story of the two key players in the X-Men universe, the telepathic and compassionate Professor Xavier, at this point not yet in his customary wheel-chair, and the calculating and powerful Magneto, whose ability to manipulate metal offers him the ability to enact his revenge on a world he believes will always manipulate, mistrust and abuse mutants like himself and Professor X.

It is set with the Cuban Missile Crisis and the 60s as a backdrop, with Xavier (James McAvoy), initially helped by the C.I.A, attempting to locate and contact other mutants, so as to let them know they are not alone. At this point he and Eric Lensherr/Magneto (Michael Fassbender) are friends, brought together by their mutations and a shared aim of stopping Sebastian Shaw (Kevin Bacon), a mutant intent on bringing about nuclear apocalypse so as to kick start a new age where mutants rule the world. Their motives are shown to be quite different, through an excellent opening half an hour which takes us from the concentration camps of Nazi Germany to a New York bar where Xavier uses his ability to charm women.

McAvoy and Fassbender are both superb as the charismatic leaders who begin to rally round fellow mutants, giving the impression of genuine friendship and respect while always hinting that their views of the world around them are radically different. There are even little elements of bromance that creep in until the plot moves towards its dramatic finale and the light hearted moments which had characterised the opening hour or so disappear completely.

The film attempts to include an awful lot of different plot events, with the pacing quick throughout but, and this is one of the true achievements of the film, never frantically or confusingly so. So much happens that there are points where you wouldn’t object to a couple of the slower, gentler scenes being given a few more minutes running time, but the fact that you are never left wondering what just happened or who the last person introduced was, is a testament to the control exhibited by Vaughan throughout.

‘First Class’ doesn’t quite match Vaughan’s previous film, ‘Kick Ass’ either for comic moments of darkness, it is a straighter super-hero movie aimed at a much wider potential audience, so if you go hoping that one of the younger mutants might call an enemy the C-word you will be left disappointed.

That brings me to the second reason why ‘First Class’ is, despite being a very good film, left trailing in the wake of the latest instalments of the caped crusader, it isn’t dark enough. There are dark moments, a couple of which are, respectively harrowing and shocking, but they are few and far between, considering this is a film about a group of humans whose evolutionary mutations mean they have been bullied, have hidden and are going to be ostracized and hunted down by a society that doesn’t understand them. This is probably a deliberate move considering the target audience and the sheer range of characters and events involved, but it does take away from the film for me. It is partly just that the X-Men are people with super powers while Batman is a rich, tough guy, so the scope for dark, gritty realism will always be limited, but I would love, if the film does start off a new trilogy as Fox Studios apparently hope it will, for the series to go in a darker direction, managing to capture the fear, resentment and anger experienced by the mutants, more successfully than has been done so far.

‘X-Men: First Class’ is an excellent film, by far the best from this particular source material, with good acting, scripting and direction, but for me it suffered a little too much from the summer blockbuster limitations. That’s the reality though for all films, and especially superhero films based on comics, no matter how good a job you do; you can never keep everyone happy.